How to Install and Use Glass Plate Level Gauge?

1. Open the package, check that the installation is correct, and the level gauge is intact.

3. Slowly open the upper needle valve until it is fully open.

4. Slowly open the lower liquid needle valve until it is fully open.

5. Perform the flushing operation of the liquid level gauge, and eliminate the possibility of blocking the impulse pipe during the flushing. 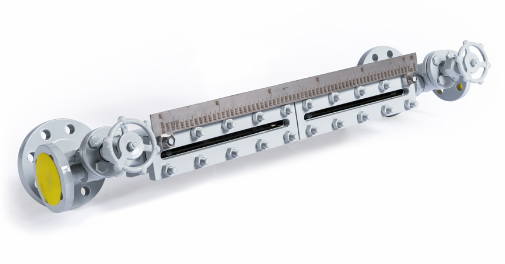 Note: When opening the valve and flushing operation, the valve should be opened slowly to prevent blockage caused by the action of the leak-proof device of the level gauge.

How does the glass plate level gauge purge the oil stain on the inner wall?

During the start of construction, the inner wall of the glass plate level gauge was stained with oil, which caused difficulties in observing the liquid level. The way to remove oil pollution is to use the service point of 1.5MPa steam purge.

Wear labor protection articles such as gloves and goggles;

Open the vent and drain valve;

Lead the steam belt from the nearest service point;

Because the glass must be preheated by steam at a long distance, the builder is best to stand high;

Steam is blown into the empty valve, which is removed by the drain valve; 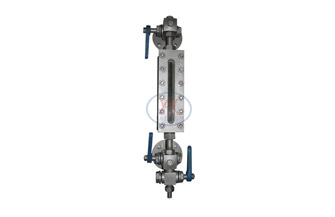